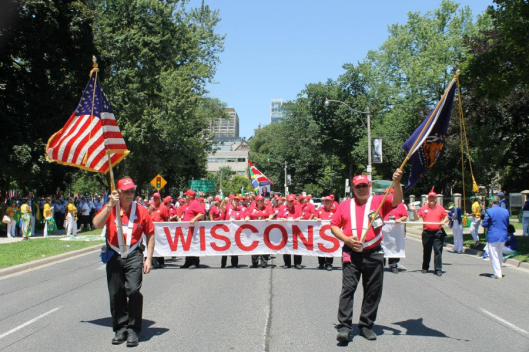 The summer months have been busy not only here at Lions Pride, but also for Lions and Lionesses all over the state, country and around the world.

This past week, ten newly elected 2014-2015 District Governors from Wisconsin were installed at the 97th Annual International Lions Convention held in the South Building of the Metro Toronto Convention Center (MTCC) in Toronto, Canada.

Our state also received special recognition at the convention, as the first Wisconsin woman was elected to serve on the Lions Clubs International Board. Lion Karla Harris is from South Milwaukee and has been a Lion since 2002. She is a retired executive director of a non-profit organization. In addition to being active in Lions Club, she is also involved in many other organizations including the American Red Cross and Blind Outdoor Leisure Development (BOLD). She will serve a two-year term as International Director. Congratulations to PCC Karla!

There were plenty of other activities to keep everyone busy. Participants of the 2014 Convention attended the annual parade, educational seminars and the international show featuring American songwriter and performer, Neil Sedaka.  Check out the Convention Facebook page for pictures, highlights and videos.

Do you want to be part of the fun next year? Registration for the 2015 Convention has already begun. It will be held from June 26 – 30 in Honolulu, Hawaii, at the Sheraton Waikiki Hotel.