Did you know that the second Thursday of March marks the day when popcorn lovers unite? That’s right – today is Popcorn Lovers Day, not to be confused with National Popcorn Day, which takes place annually on January 19.

In honor of this poptastic day, we found a few fun facts about America’s favorite snack food that you may not already know:

Read through even more mouth-watering facts.

Popcorn Lovers Day is a fairly new holiday, created by Bob Matthews of Rochester, New York, on January 6, 2012. The reason? It was Bob’s favorite snack, and he, and his wife would eat it most Thursdays all year long.

We understand, though, for as many real popcorn lovers, there are also plenty of people 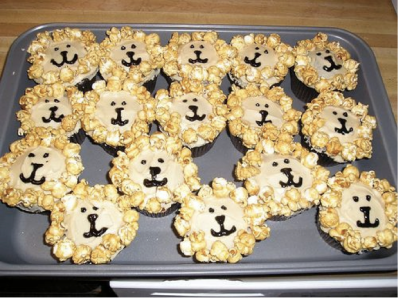 who only like or tolerate popcorn. We think you deserve to celebrate, too! You can enjoy a fun treat with just a hint of popcorn all while showcasing your Lions Pride with Lion Cupcakes. Simply place a few pieces of popped corn along the edge of your favorite cupcake recipe and add a face. We bet your fellow Lions and Lionesses would love a snack at your next meeting, even if it isn’t technically on Popcorn Lovers Day.

Whether you are a popcorn lover or just a casual snacker who likes a handful of popped corn every now and again, we hope you enjoy Popcorn Lovers Day!