It may be hard to believe, but this Monday marks the unofficial end of summer. Families 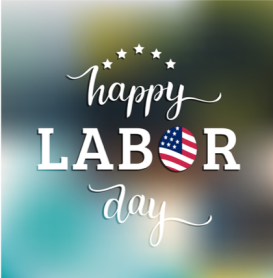 will likely find themselves partaking in the same festivities that they took part in on Memorial Day – camping, parties and other outdoor events, before heading back to their regular school year routines. Let’s celebrate the unofficial end of the season with fun facts about the upcoming holiday, Labor Day!

There you have it! Six fun facts that you can use this weekend to impress your friends and family.

Although many of us consider Labor Day as merely an extended weekend, it’s important to remember the origin behind the holiday. Just think about how different our lives would be if our forefathers hadn’t protested for fair working conditions. We think we can all agree that we’re glad that they took a chance and stood up for their rights.

The Lions Pride office will be closed on Monday, September 3, in observance of the holiday. Have a safe, enjoyable Labor Day weekend!