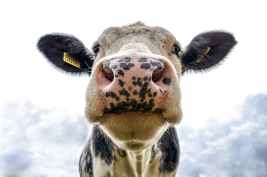 Photo by Jan Koetsier on Pexels.com

There’s no better way to start the weekend with a hearty breakfast. Whether you like to whip up a batch of flapjacks, throw in a quiche or prefer to stick with a bowl of cereal, you’ll notice that all of these meals have one ingredient in common – milk.

This Saturday is National Milk Day. Why was January 11 selected as the day to recognize one of America’s most nutritious beverages? Some believe this date was when the first milk deliveries in glass bottles first began in the United States.

In honor of the calcium-rich holiday, we thought now would be the perfect time to highlight the current struggles of Wisconsin dairy farmers. If you are an avid consumer of current events, you know that small family farms have faced several economic obstacles in the past few years. We’ll explain the challenges as well as ways for you to support these local farms.

In 2019, several stumbling blocks were thrown to our state’s farmers. Family farms struggled with extreme weather conditions, international tariffs, low prices, among other hardships. Some dealt with small profits, while others had to make life-changing decisions. According to the state Department of Agriculture, Trade and Consumer Protection, Wisconsin lost nearly 775 dairy farms in 2019, following significant losses in 2017 and 2018.

Fortunately, outlooks look promising in the new year, but if we want to maintain our status as “America’s Dairyland,” we should do all that we can to support our neighborhood farmers. Below you’ll find a list of ideas for inspiration:

As you pour your milk while making breakfast on Saturday, don’t forget about the Wisconsin dairy farms that help you provide for your family. Let’s all work together to support some of our state’s hardest working individuals.

From the Lions Pride Board and Staff, we’d like to extend a special message of gratitude to our Wisconsin dairy farmers. We have the utmost appreciation for your hard work and dedication to our state’s agriculture. Thank you, farmers! 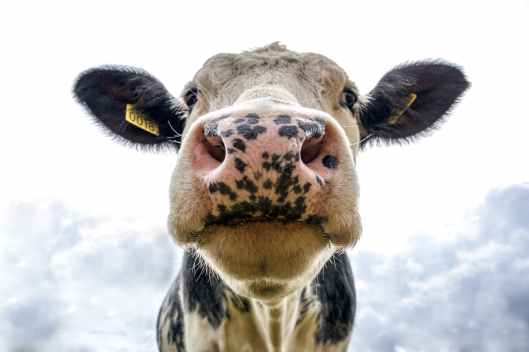 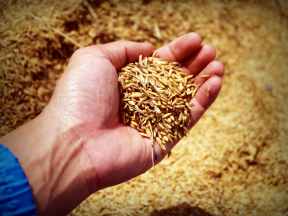 Photo by icon0.com on Pexels.com

“Small family farmers are the only things that can save us because they take care of the land. Future Farmers of America are going to be our heroes…” -Willie Nelson

When’s the last time you really thought about where your food comes from? If you are a regular grocery shopper, it can be easy to forget about the farmers behind the produce. After all, you’re likely busy scouring prices trying to get in and get out as quickly as possible. The focus is a little more front and center when you and your significant other are strolling through a farmers’ market on a sunny, Saturday morning.

Farmers are the backbone of America. They rise before the sun, willingly participate in back-breaking labor and battle every unpredictable obstacle that could be tossed a person’s way. It’s hard to imagine what life would be like without dedicated farmers.

Saturday, October 12, is National Farmers Day; an unofficial holiday created for some of the hardest working individuals. Let’s get a head start by highlighting agriculture in our own state, courtesy of the State of Wisconsin Department of Agriculture, Trade and Consumer Protection:

It should come as no surprise to learn that 2019 has been a particularly difficult year for farmers across America. Between excessive flooding, international tariffs and low prices, many family farms are left making extremely difficult choices. Some have decided not to plant any crops, while others have had to let go of businesses that have been part of their family for generations. Small family farms need our support more than ever before.

As you begin to wrap up your week, keep these farmers in your thoughts. If you see a farmer out and about while running your errands this weekend, be sure to say, “thanks!”

On behalf of the Lions Pride Staff and Board, we’d like to do a special shout-out to our Wisconsin Family Farmers. We appreciate your hard work and dedication to the agricultural industry. We don’t know where we’d be without your passion. 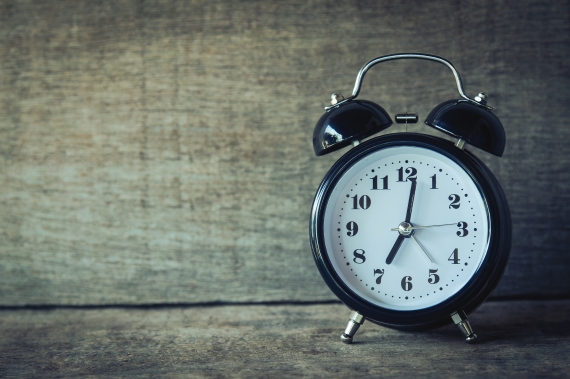 The time has finally arrived; it’s the moment that we’ve all been waiting for! Okay, maybe this isn’t exactly the event we’ve been early anticipating since snow first touched the ground, but it means we’re getting closer. Daylight Saving will be starting on Sunday morning at 2 am.

DST is that special time of the year where we get out step ladders and car manuals to set the clocks one hour ahead. You probably already know that when Daylight Saving Time starts, the sun will rise and set one hour earlier than the previous day, but here a few fun facts that you may have not already heard:

While out on an early morning horseback ride in London, Willett came up with an idea that would allow more people to enjoy the sunlight. He spent much of his lifetime and personal wealth, advocating that the United Kingdom move clocks forward by 80 minutes between April and October. Sadly, he never saw his idea come to fruition.

Many people assume that farmers were strongly in favor of Daylight Saving Time when it was just the opposite. The agriculture culture was very opposed to the time switch when it was implemented in 1918. The sun, not the clock – dictated farmers’ schedules, so Daylight Saving Time was actually quite disruptive. After the time change, farmers had to wait an extra hour for the dew to evaporate, hired hands worked an hour less and it was too early to milk the cows. Over the past few decades, stores and recreational businesses have been the true champions of DST.

Although most of us change our clocks twice a year, Daylight Saving Time is not observed by Arizona (with the exception of the Navajo Nation,) Hawaii, Puerto Rice or the Virgin Islands. Worldwide, only approximately one quarter or 70 percent of countries observe DST.

People all across the America seem to either love or hate the observance of Daylight Saving Time. How do you feel about the time change? If given a choice, would you do away with the practice?