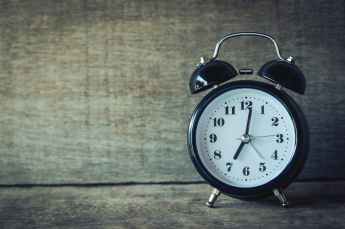 Wasn’t the first day of spring only yesterday? It seems like the snow was starting to melt, the trees were beginning to blossom, and we were springing ahead. Yes, we may have been losing an hour of sleep, but we were gaining an hour of natural sunlight. Sadly, this Sunday at 2 am, DST will come to an end. It’s around this time that people always seem to ask, “how did Daylight Savings Time come to be, and is it still necessary in today’s world?”

You may be surprised to learn that Daylight Savings Time has been around for over 100 years but was also seen in ancient history. Many believed that ancient civilizations also adjusted their daily routines to match the sun’s schedule.

Benjamin Franklin is often cited as the inventor behind daylight savings. He first proposed the idea in his 1784 essay titled “An Economical Project for Diminishing the Cost of Light.” Unfortunately, he never saw his theory put into practice.

On April 30, 1916, Germany was the first country to implement Daylight Savings Time, in an attempt to save fuel by reducing the amount of artificial lighting during World War I. Several other countries including the United States, the United Kingdom and France followed suit but reverted immediately after the war.

Franklin D. Roosevelt instituted yearlong Daylight Savings Time in 1942. Time zones were called “War Times.” There was no federal law regarding DST, so states and municipalities were able to choose whether or not to observe the time change. Understandably, this caused much confusion, especially for certain industries, including broadcasting and transportation.

By the year 1966, an estimated 100 million Americans were observing Daylight Savings Time based on their local laws. Congress decided to end the confusion and establish one pattern across the country.

The practice of Daylight Savings Time has caused a lot of controversy since its creation. In a 2014 survey, only 33% of Americans see a point behind DST, which begs the question, “Why do we still follow this practice?”

Still, many of us believe that Daylight Savings Time is no longer necessary as we now have several new electronics that stay plugged in all day. The time change can also have a severe impact on our health by increasing the likelihood of fatigue and depression. Unfortunately, it looks like until someone comes up with another way to work around the sun’s changing patterns, we will likely have to deal with changing our clocks twice a year.

How do you feel about Daylight Savings Time? If given a choice, would you do away with the practice? Let us know in the comments below.

Here at Lions Pride, we may not be looking forward to darker days, but it will be nice to get an extra hour of sleep. Don’t forget to find a little joy in the time change!

Ahh… spring is in the air, right? Well, not quite.

Monday may have marked the first day of the vernal equinox, but it doesn’t exactly feel it’s time just yet. Fortunately, there are signs that warmer days are ahead.

There are so many ways that spring is right around the corner! Now we want to hear from you – what is your favorite sign of spring?