What’s the first topic that comes to mind when you think about the Academy Awards? 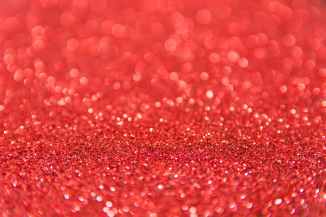 Photo by NaMaKuKi on Pexels.com

We bet we can guess! More than likely, you think about the red carpet, elegant dresses and the prized Oscar statue. You know that the Academy Awards is a night to feature Hollywood’s elite, but do you know the origin behind the ceremony?

The Academy Awards have an extensive history. Believe it or not, when the academy was first founded in 1927, “Awards” was one of several committees. Although an awards presentation was considered, the group was focused primarily on labor problems and making a strong effort to repair the damaged reputation of the film industry. In May of 1928, the academy approved the committee’s proposal to present Academy Awards of Merit in 12 categories.

In 1930, the number of categories was brought down to seven, and two major film awards were combined to create Best Picture. Throughout the last 90 years, the academy has made multiple changes to the rules, categories and procedures.

Today, winners are chosen in 24 categories. To be eligible to win an award in a given year, a film must be “publicly exhibited at a commercial theatre in Los Angeles County between January 1 and midnight of December 31. Only members of the Academy of Motion Picture Arts and Sciences may nominate and vote for candidates.

It should come as no surprise, but an Academy Award can play an important role in the success of a major film. As for actors and directors, the designation often brings a higher salary, more media attention and better film offers.

At one point, the Academy Awards was a ceremony with an audience reaching millions of worldwide viewers; however, viewership has been declining since the late 2010s. We’ll be interested to see how viewers tune in this Sunday!

Do you get excited to watch the Academy Awards? Who do you think will take home the Oscar for Best Picture? We’d love to hear your thoughts in the comments below.

Think about the last show you watched on TV. Do you remember any of the commercials? More than likely, it was something related to home improvements, gadgets or men’s clothing, which can only mean Father’s Day is near. This week, we thought we’d celebrate dear old dad with a short history lesson and a few popular gift ideas, so let’s get started!

Believe it or not, the inspiration for the Father’s Day was Mother’s Day. A common story recounts that the creator of the event was named Sonora Smart Dodd. One Sunday morning, the young woman was listening to a church sermon about Mother’s Day when we thought that her father was equally deserving of a day filled with praise.

Her father, William Smart was a Civil War veteran and widower. Sadly, his wife died while giving birth to their sixth child. William went on to raise his children on a small family farm in Washington. Sonora wanted to show her appreciation for William love and support with a day dedicated for him and other dads around the world. The first Father’s Day was celebrated on June 19, 1910.

For the next half-century, Father’s Day was celebrated at a local level in communities around the United States. In 1966, Lyndon B. Johnson designated the third Sunday in June as the official Father’s Day, but it was officially recognized as a national holiday until the Nixon administration in 1972.

Today, children all around the world celebrate their dad with fun gift ideas. The most common presents are as follows (courtesy of MarketWatch):

With Father’s Day only three days away, there isn’t much time to find the perfect gift! If you are still searching for a thoughtful, meaningful gift, consider donating to Lions Pride in honor or memory of your father. Your gift will work to help preserve, protect and provide for Wisconsin Lions Camp and all WLF statewide projects.

It’s never a bad idea to prepare for an emergency. After all, there is never an optimal time for one to take place! This week, April 13 – 17 is Wisconsin’s Tornado and Severe Weather Awareness Week.

Each year, our state sees an average of 23 tornadoes. While this may seem low compared to the averages of Oklahoma and Texas, which see 52 and 126 tornadoes respectively, we still need to plan ahead.

This afternoon, a statewide tornado drill is planned. At 1 pm, the National Weather Service will issue a statewide mock tornado alert and at 1:45 pm, a statewide mock tornado warning will be issued. The majority of Wisconsin radio and television stations will be participating in the drills. It’s important to note that the drill will take place even if the sky is cloudy, dark or rainy, but will be postponed to tomorrow afternoon is actual severe weather occurs.

As summertime continues to make its way to the center stage, we thought it might be a good chance to review our own severe weather action procedure here at the Wisconsin Lions Camp. We know that there are always going to be a few “what if” thoughts for parents when their children leave for a week, but we hope they don’t have to worry about severe weather.

We’re serious about safety here at camp. We’re set up with an emergency weather radio (just like schools) so the staff is always aware if severe weather chooses to strike and can quickly take action to keep all of our campers safe.

We hope you’ll take some time this week to review your own family’s severe weather action plan. After all, there’s no such thing as being over-prepared!